1. What is polystyrene sandwich panel?

2. What are the characteristics of polystyrene sandwich panels?

What is polystyrene sandwich panel?

This type of sandwich panel has a central core of polystyrene foam. The mentioned foam is from petrochemical products, which is apparently white in color and looks like tiny crystals. These tiny crystals are placed next to each other and with the help of water vapor pressure and Heat expands.

The way to make this insulation is that first the solid crystals are subjected to pressure and heat and melt, then the liquid resulting from this process is poured into the mold to cool down at the same time and form to the desired shape of the customer.

The sandwich panel consists of three coherent layers, which are produced in different types depending on the type of use and conditions of use. These three layers include two layers of sheets that are surrounded on both sides and the middle layer that forms the central core and in Two types of ceiling and wall are provided.

The middle core can be supplied in different types: polyurethane, polystyrene, xps, polyurethane foam is the best type of foam in the production of sandwich panels, which is used in most cases and has a very high resistance compared to other foams.

Sandwich panel with polystyrene foam is produced in three types;

Polystyrene is an insulating foam that is used in making sandwich panels and is located in the central core. This foam has many properties. They include resistance to moisture, sound, antibacterial, non-degradation…

You have seen polystyrene a lot in your daily life, and it is interesting to know that this is a unilith product, which has a white appearance and small grains, and is similar to a unilith sandwich panel.

Polyurethane foam was first discovered in Germany. In World War II, they used this foam to build bridges over water. However, with the increasing growth of the petrochemical industry, our beloved country was able to operate in this field and produce this type of foam. 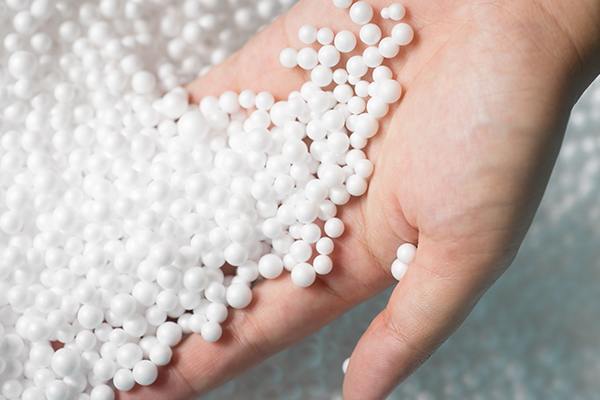 This sandwich panel model has many features. It has the ability to produce in various dimensions and sizes. The thicknesses that can be considered are between 4 and 25 cm. And various widths can be produced depending on the customer’s needs.

The most important factor that exists in polystyrene foam and it can be mentioned is its high resistance to water and moisture penetration. Unlike polyurethane, this foam is vulnerable to the penetration of insects and pests, and for this reason, to prevent this problem from a The concrete layer is used to create a coating on the insulation, and this causes extra weight of the panel. For this reason, the polystyrene sandwich panel is not very popular and has less use.

Polystyrene sandwich panel has features that distinguish it from other foams.

Light weight: Today, one of the most important goals of structural engineers is to build a light structure. Polystyrene panels are one of the best options in this case.

Flexibility: This insulation has very high elasticity and flexibility, and this is the most important reason for the popularity of these panels.

Optimum and affordable price: Polystyrene foam has a very low price and is completely affordable, and compared to polyurethane foam, it has similar characteristics, but it has a lower price.

Variety in production: One of the characteristics of these panels is production with desired dimensions and sizes depending on the customer’s needs, which can be produced in various dimensions.

High resistance: Polystyrene panels are resistant to natural destructive factors such as corrosion, moisture, ultraviolet rays of the sun, and this makes it have many applications.

Sound insulation: these panels are acoustic and are a suitable option for use in sports halls and recording stadiums.

The installation of sandwich panels needs to be done by professionals. It is true that this panel is easily installed and easy to carry, but it must be done by experienced people in order to install it correctly and have a good performance. As we mentioned before, the most important advantage These panels are light in structure and easy to transport, and they can be installed at heights.

In this way, the implementation of this structure with polystyrene saves time and money. We hope that this content has added to your information.