What is a freezing tunnel?

Disadvantages of high and low humidity in meat cold storage

One of the most common methods of preserving meat for a short or long period of time is chilling or freezing. The cold and freezing process must be done in special conditions and at the right temperature. Protein materials such as red meat, chicken and fish due to their high consumption which they have, must be kept in special conditions, because in case of failure in this matter, the health and hygiene of the product will decrease and the quality of the product will decrease and it will spoil the meat. Creating an environment with the right temperature and sufficient humidity is one of the most basic principles of storage. This is the product. In this article, we are going to introduce you to cold storage for meat and its types.

The best way to preserve meat is to chill. The new process used to chill meat is called super-chilling, in which the temperature of the meat is quickly reduced to the nearest freezing point and then stored a little above the freezing point. Cooling should be done quickly because the mesophilic microorganisms will have little chance to grow. Immediately after killing, the internal temperature of the carcass is about 38 degrees Celsius. After death, it increases to 40 degrees due to the interactions that take place This is the reason why the carcass should be refrigerated after slaughter so that microorganisms do not have a chance to grow.

In the pre-cooling halls of the meat slaughterhouse, by using mechanical coolers, in addition to reducing the temperature of the meat, they also reduce these changes. It should be done within the first 24 hours.

This quick operation causes the meat to harden and the meat to drop and the muscles to shorten. In order to prevent this from happening, the steps must be carried out in two preliminary ways and then storage in the cold room halls.

The preliminary cooling is done for 18 to 24 hours. After the initial cooling, the carcass is transferred to the mortuary hall, where the temperature is about 2 degrees Celsius above zero. The carcass must be kept at a temperature between 1 and 2 degrees above zero for about 24 hours to a maximum of 72 hours. Before the carcass enters the cold store, they wash it with cold water and then dry the surface of the meat.

In the process of cooling the meat, the conditions should be observed in the best way, because the bacteria and fungi that cause the meat to spoil do not grow and do not lead to the phenomenon of bone rot. The bacteria that cause anaerobic bone rot are from the Clostridium category. They hang it in order for cooling air to easily pass between the carcasses.

After slaughtering the animal, if it is beef, it should be at least less than 20 degrees Celsius in the bone parts. If the freezing process is done slowly, it will damage the meat tissue and the quality will decrease.

The supply of proper humidity is between 85 and 95%, which reduces the weight of the meat, as well as the evaporation of the water in the meat, and the normal quality is maintained. It should be noted here that ozone gas is used in cold storage above zero to store fruits and vegetables because It causes ethylene gas not to spread and has the following positive results.

As the name suggests, the temperature range is defined as below zero. This model of cold storage is used to store meat for several months. Therefore, they benefit from sub zero cold storage for freezing all kinds of meat and preserving it for a long time. The shelf life of the product is between 9 and 12 months, the meat can be kept frozen in the form of whole carcass, half carcass, quarter carcass, and cut, boneless. For this purpose, the meat can be stored in the freezing tunnel with a temperature of at least -35 degrees Celsius and froze with an air circulation speed of 3.5 meters per second.

What is a freezing tunnel?

Freezing is done in different ways, fast freezing and slow freezing. If our goal is fast freezing, the freezing tunnel is a suitable option. The freezing tunnel is a powerful and large hall with a temperature limit between -30 and 60 degrees Celsius. These tunnels are used to freeze vegetables, meat, sea products and freeze with the same original quality without losing quality. 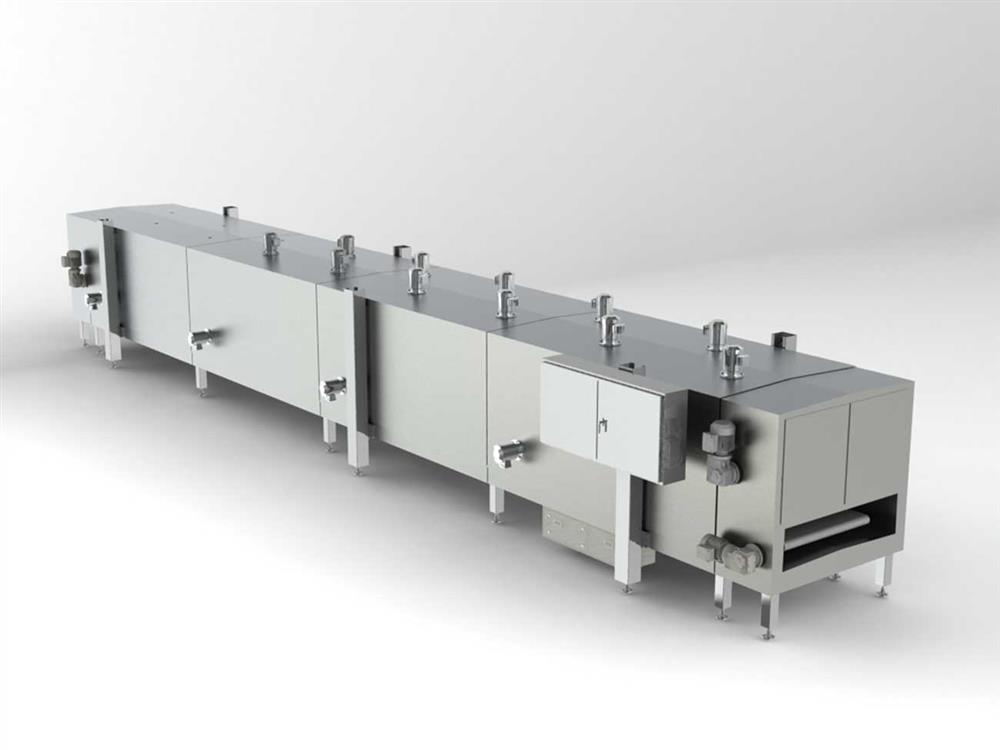